A very large crowd spread their cloaks on the road, and others cut branches from the trees and spread them on the road. The crowds that went ahead of him and that followed were shouting, “Hosanna to the Son of David! Blessed is the one who comes in the name of the Lord! Hosanna in the highest heaven!” When he entered Jerusalem, the whole city was in turmoil, asking, “Who is this?” The crowds were saying, “This is the prophet Jesus from Nazareth in Galilee.”
(Matthew 21:8-11 NRSV)

Palm Sunday always serves to remind me of how easy it is for people to turn away from Jesus.  In each of the Gospels, we see how Jesus had ridden into Jerusalem in triumph.  The crowds cheering for him, chanting “Hosanna!” (which means “Save Us!”).  Many saw him as being the Annointed One, the Messiah, successor to King David.  They believed he was to be their king, a liberator who would toss out the hated Romans, and usher in a new era where Israel would once again be a mighty and powerful nation.

When he did not turn out to be what they thought he would be, when he did not meet their expectations, they turned against him.  From that cheering loving crowd, it only took five days for them to be crowded in the Roman Palace in Jerusalem, crying out for Jesus, not to be made king, but to be crucified.

His own disciples, who had followed him faithfully for years, had all fled from him in terror then night he was arrested.  Peter himself, the one who had so boldly proclaimed that he would never abandon Jesus, denied even knowing him three times.

So Jesus, abandoned and betrayed by his own disciples, went to the cross alone, abandoned by all save for his mother, some of the women who had supported his ministry, and the disciple who John calls the one Jesus loved.  Scourged, humiliated, suffering from the greatest physical pain anyone can endure, mocked by the people he had come to save, Jesus died on a cross.

But yet, he came back to those who had forsaken him.  He came back to the disciples who had run away in terror.  On that first Easter Morning, Jesus appeared to the one who had denied him.  And he didn’t come to condemn him, but to offer understanding and forgiveness.

It had only taken five days for the joyful crowd of Palm Sunday to turn away from Christ.  He had not met their expectation of what the Messiah would be.  He had not tossed out the Romans.  He had allowed himself to be arrested, tried, condemned.  How often do we turn away from Christ when he does not meet our expectation.  We can go from faithful followers of Christ to haters of Jesus, to deniers of the Holy One just as quickly as they had done.  When Jesus doesn’t seem to answer our prayers, when life doesn’t go the way we would like it to, when some horrendous tragedy befalls us, we often lose our faith, turn away from, reject the one who came to offer us God’s love because it does not come the way we want it too.

Fortunately, Jesus understands.  He knows the types of temptations we face, he knows how our pain and suffering can make us lose sight of the fact that even in those worst moments in our lives, God is there for us.  He knows how we can be driven to cry out “My God, my God, why have you forsaken me” and turn away from him in anger.

He understands, and he stands ready to forgive.  On that first Easter morning, he appeared to them, not in condemnation for their failure to stand with him, but offering them love.  Even Peter, who had denied knowing him, was not only forgiven but given the task, as they all were, of going out sharing the good news of Christ’s resurrection, and of his love and offer of salvation to all who called on him in faith. 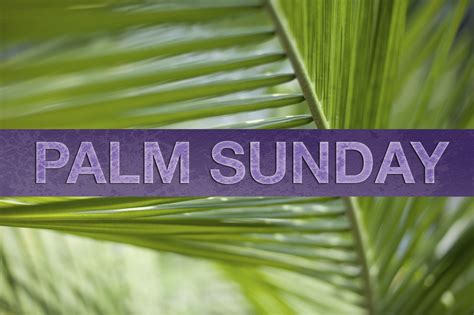